I am about to get on my math soapbox.  I have an issue with Quilt Path's use of the word "Parabola" to describe the shape it is letting us draw.  By definition a parabola is symmetrical.  What Quilt Path is letting us draw is asymmetrical.  It is actually a Non-Parabolic Arc.  This is just proof to my High School Trigonometry teacher that I was paying attention.  I think she knew that anyway, since it was one of my favorite classes.

Now that I have gotten that off my chest, we are going to continue our discussion of the Pattern | Draw and Pattern | Edit features in PatternCAD.   The two items we will be looking at today are Arc (which for the record lets us draw a Parabola) and Parabola (which allows us to draw a Non-Parabolic Arc).  I know, I really do need to get over it! 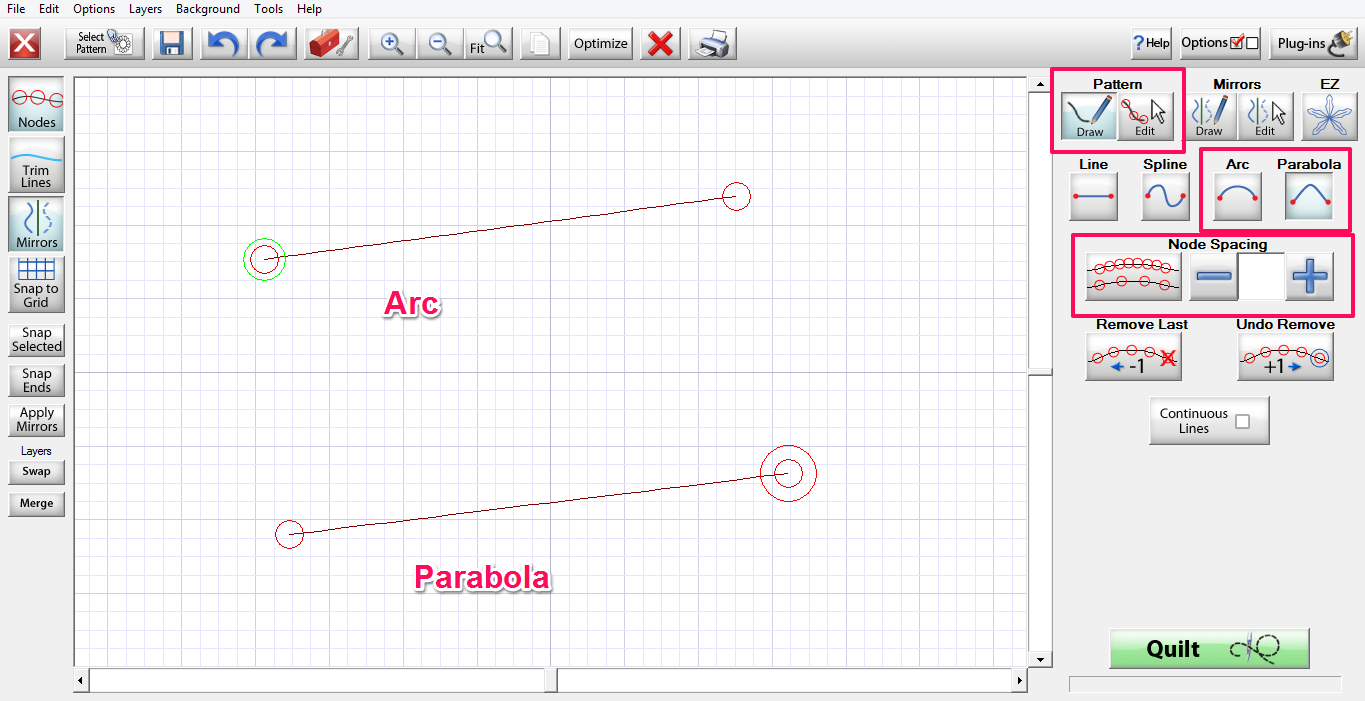 When you use either of the features, you need to have your Node spacing option off.  You can tell it is off because there will not be a number in the Node Spacing field.  Then tap on arc and draw a line.  Once that is done tap on Parabola and draw a line.  Notice that they look the same in Draw mode. 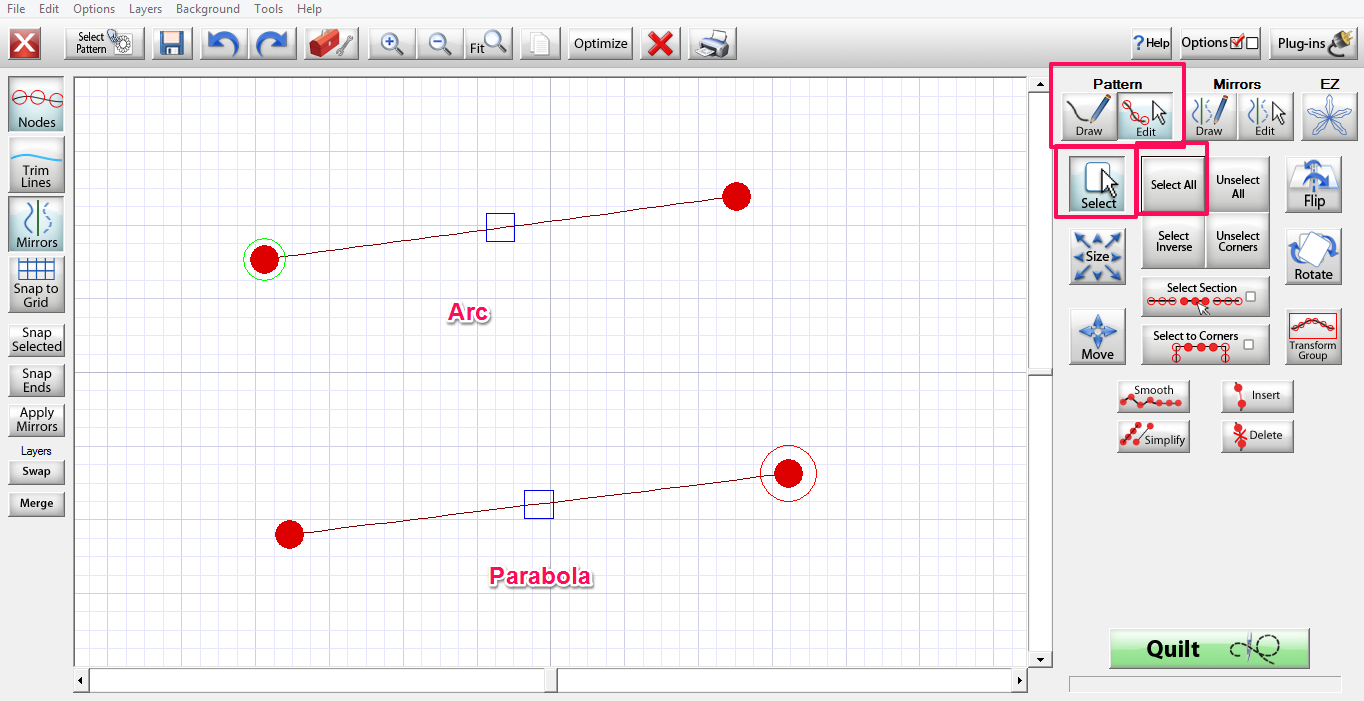 Tap on Edit and you will also see that they look the same in Edit mode.  Now for the fun part.  Tap and drag the blue box.  This will allow you to curve the line.  Notice that no matter where you pull the blue box and let go it will make a symmetrical arc. 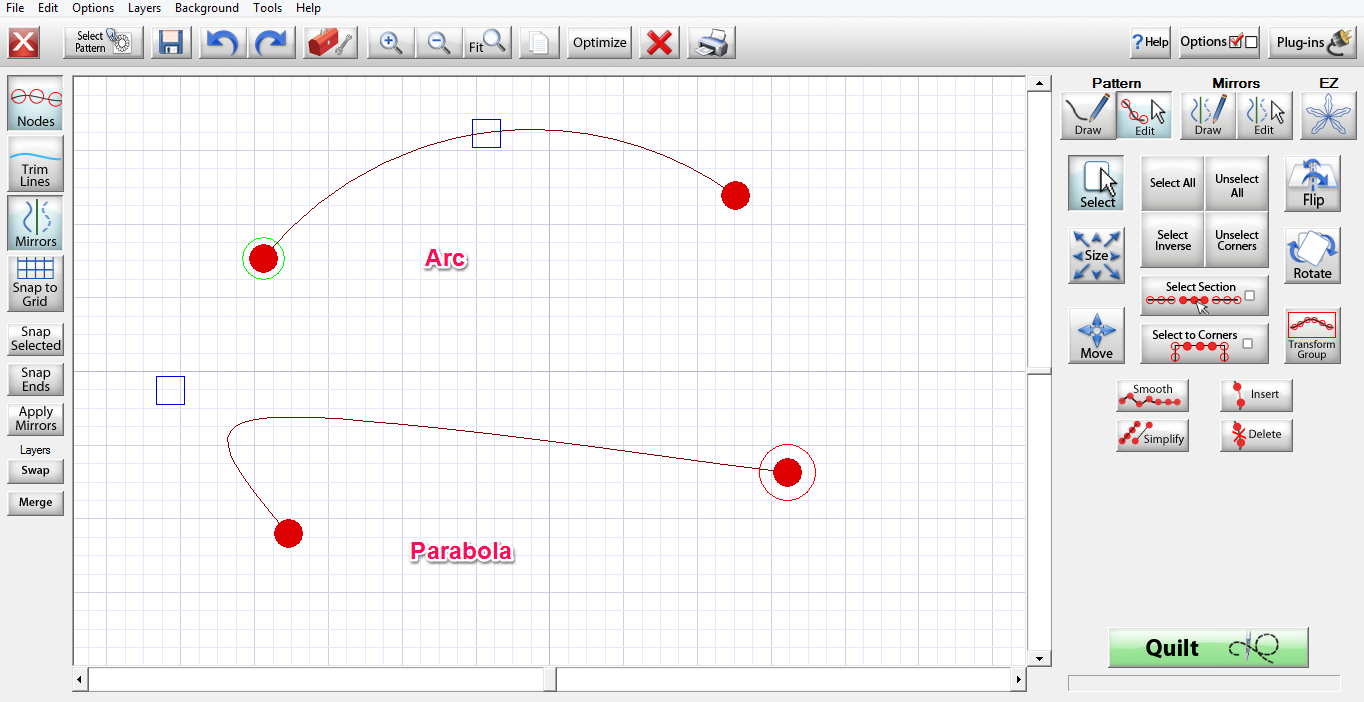 In the screen shot above I actually let go of the blue squares in about the same position on both the Arc and the Parabola.  Notice that the Parabola distorted into an Asymmetrical Arc.  That really is the difference in the two options.

Posted by Thread Waggle Quilting at 7:00 AM